This article orignially appeared as a guest-post at EvidenceMag.com 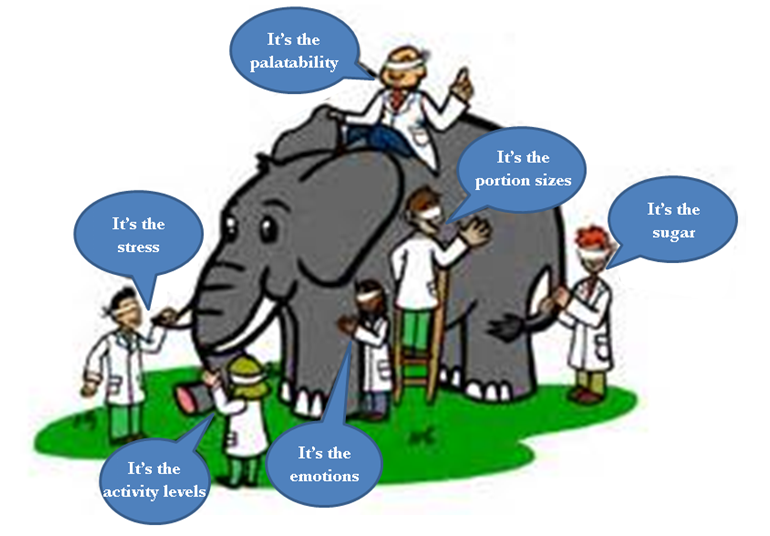 The numbers are not good. The percentage of people that have reached the level of obesity (a BMI of 30 or greater) has steadily increased for a few decades (Flegal et al, 1998; Ogden et al)). Additionally, the ability of these people to subsequently reach and maintain a healthy weight is low. Most weight loss programs do not produce long-term results (Bray et al; Douketis et al). In this article, we will not be laying out a bunch of specific things to do, such as eat this food, avoid that food, do this exercise, eat every X hours, blah, blah, blah. Rather, we are highlighting a meta-concept to weight management. Our hypothesis is that the lack of progress the weight loss programs and general weigh loss recommendations has made with respect to the weight problem stems from the overly simplistic view of, and recommendations for, weight loss. Weight management is a complex phenomenon (Bray et al; Friedman; Palou et al; Woods et al; Yang et al) influenced by three interconnected factors, (1) biological, (2) psychological, and (3) sociological, referred to as the Bio-Psycho-Social (BPS) Model (Borrell-Carrio et al; Kaplan). This overall concept is similar to the Mutli-Modal and Ecological models (Glanz et al; Skelton et al). We feel the remedy to this problem must entail a comprehensive approach that addresses the many aspects that can have a significant impact on body weight regulation. The following diagrams will help to highlight the overarching concept before discussing a few details. 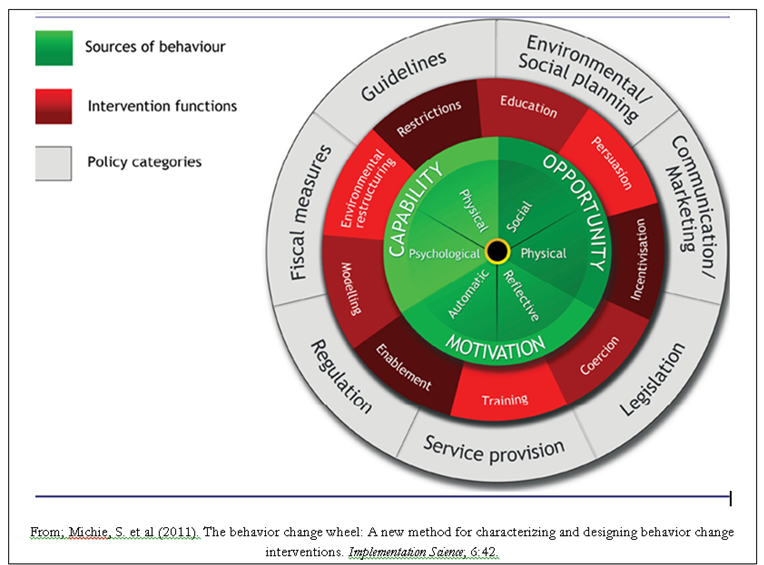 Humans have innate drives for sloth and gluttony (Laham; Heshmat), meaning that we are hardwired to find ways to move less and eat more. However, this does not mean that we can’t override these propensities. There is about 40% of the population that is able to maintain a healthy weight[1], so clearly a lot of people can find a way to balance their energy intake and expenditure. Of course, that does mean about 60% of the population is struggling with balancing their intakes with their expenditures. Why do so many people struggle with their weight?

As depicted in the diagrams above, there are clearly many contributing factors that determine what we eat, how much we eat, and how much we move. Eating and physical activity are really very complex behaviors. Eating behavior, in particular, is difficult to manage, because we HAVE to do it in order to live, unlike most other behaviors, including exercise. Therefore, balancing the needs of the body with the many biological and non-biological drives to consume foods is no easy task in a developed nation in the 21st century.

The evidence is clear that for many people, maintaining a healthy weight is very challenging, as are other important behaviors that contribute to our ability to stay healthy, like being consistent with exercise, not smoking, and sleeping enough. But because something is hard to do does not mean it should not be pursued, particularly when the rewards of such efforts are likely to outweigh the risks, costs, and effort. Which leads to the point of this piece; what should be done?

Because body weight regulation is clearly influenced by biological, psychological, and social (BPS) drives, interventions to prevent and reverse excess body fat stores must include all of these. This concept is fairly common in the published literature (Anderson et al; Berthound et al; Bray et al; Cohen; Finegfood et al; Hafekost et al; Maclean et al; Skelton et al; Thompson et al; Ulijaszek et al). However, even though it is known that these aspects each play an important role, they are rarely studied in a comprehensive manner. Additionally, the BPS concept is often missing in the lay literature regarding weight management. We contend this is the reason for poor long-term success with most weight loss interventions. We feel that the BPS concept is not more widely discussed in the lay literature because it is not simple or sexy. It doesn’t lend itself well to short slogans and seemingly simple solutions. This does not mean that a BPS intervention will be excessively complex and unmanageable by many of the people struggling with their weight. Although there are many factors that contribute to body weight regulation there are often just a handful of evidence-based interventions that can address the majority of them. The current trend seems to be an unnecessary and distracting focus on diet and exercise, particularly the trivial or specious aspects, resulting in a waste of time, effort, and money. To be clear, diet and exercise, in general, are very important but our precious and limited resources of time, money, and effort are lost to trying to find THE supplement, THE food, THE food plan, THE exercise or THE exercise routine that will be THE thing that makes weight loss easy and sustainable. This is foolish but not surprising as the weight loss industry’s job is to sell you THE answer. There is NO single nutrient, food, exercise, behavioral technique and so on that can circumvent the multiple biological, psychological, and social drives;

to eat more and move less. A comprehensive approach is needed to produce lasting change for most people struggling with their weight. A framework for such an approach will be outlined in future articles.

[1] using the common guidelines of a BMI of 19 to 25, which is, in our opinion, a bit restrictive on the upper end, should probably be around 28 or 29, when it comes to determining a healthy weight (Flegal et al; Janssen, I.; Orpana, H. et al). This is going to be extensively explored in our revised edition of What is a Healthy Weight? chapter.

Kaplan, D. The next advancement in counseling: The bio-psycho-social model. (n.d.); Retrieved March 15, 2014; from http://counselingoutfitters.com/vistas/vistas05/Vistas05.art03.pdf

Laham, S. (2012). The science of sin. The psychology of the seven deadlies (and why they are so good for you). Three Rivers Press. New York.

The Blind Men and an Elephant: Why We Need to Combine the Fractured Approaches of Weight Management for Greater Success

We'll email you when new chapters are available and when important updates are published. We'll never email you for any other reason.